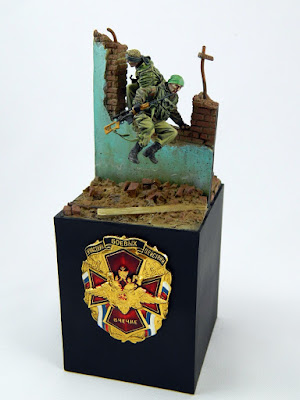 Finally, something new! I am effectively finished with my latest vignette, "Pursuit," which depicts two Russian special forces soldiers running through the ruins of Grozny during the Second Chechen War, 1999-2000. I'm still deciding whether I'm going to add a metal name plate or try something different. Either way, I went with the current title because of the ambiguity-- I don't want anyone to be sure if the soldiers are the hunters or the hunted. 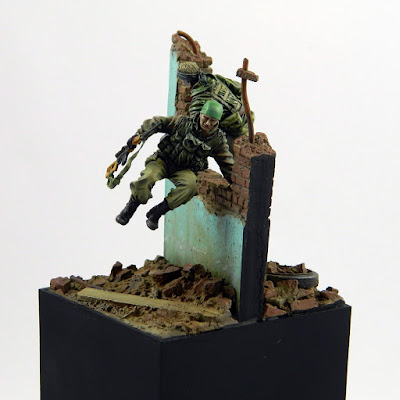 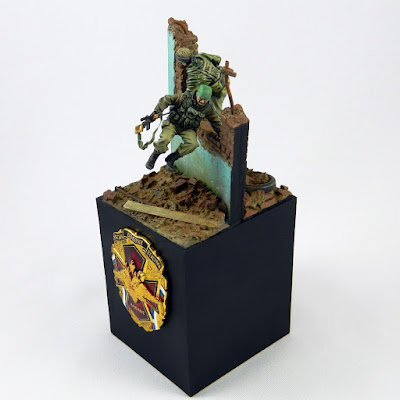 Photos of Russian soldiers in Chechnya show a real patchwork of military uniforms. It seems no two soldiers are wearing the same camoflage, even within the same unit.  This presented some interesting modeling challenges. 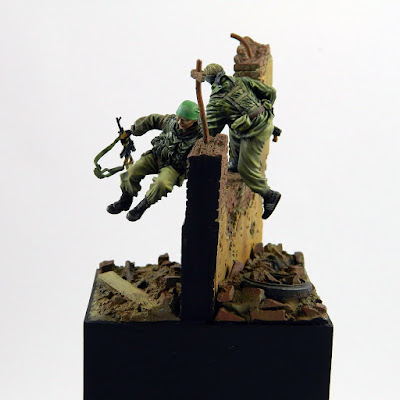 This was actually my first attempt at painting camoflage on a figure... As far as I can remember, my figures have always been wearing mostly monochromatic uniforms, armor, etc.  This time, I tackled not one, but five separate camoflage schemes. At first, I had each figure wearing white and black "twilight" camo pattern pants, but the whole look was a little too rediculous, even though I have seen wartime photos of the same outfit. Therefore, I lowered the bar to four camoflage patterns, and I think it keeps the two soldiers looking different enough while still maintaining an overall continuity... if that makes sense. 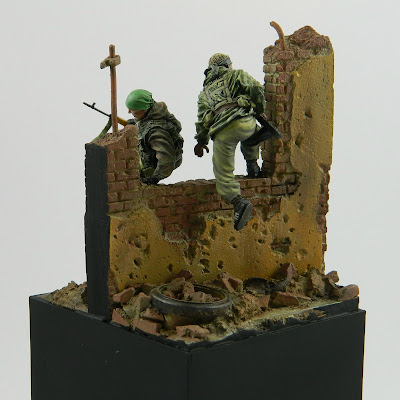 The base and figures are from Evolution Miniatures out of Russia. This company has the best sculpting and casting I've ever seen. 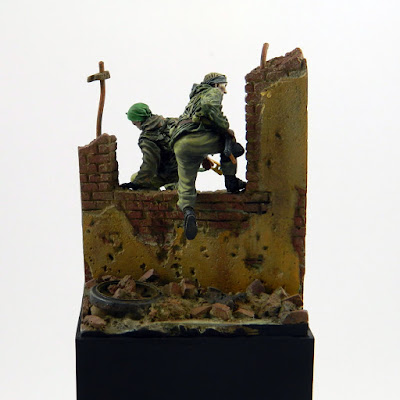 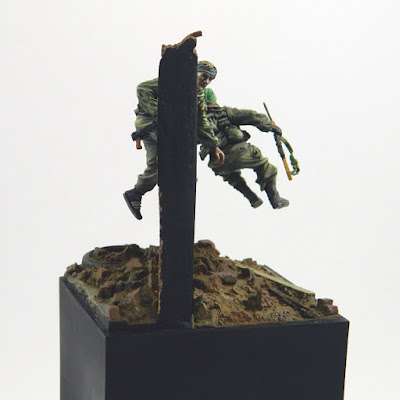 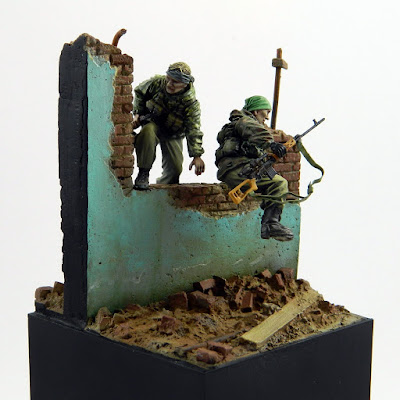 The Dragunov SVD sniper rifle is one of my favorite things ever. I would probably give up modeling for a year for a chance to own one. For now, I'll have to stick with a miniature one. 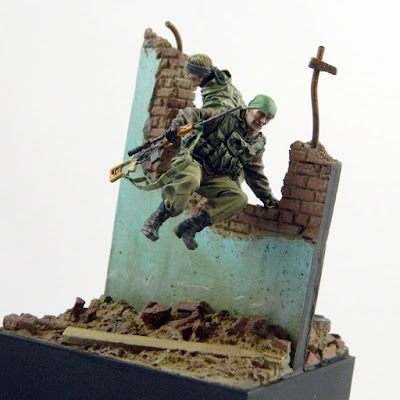 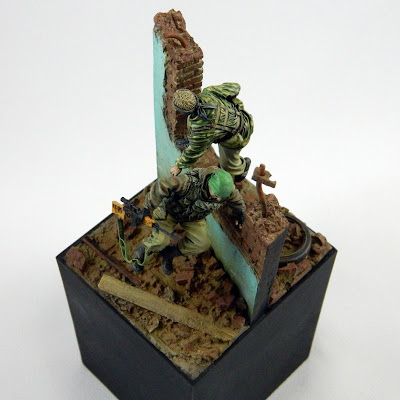 I used a bit of every medium to paint these guys. The first layer of color was layed down in enamels, and I used oil paints to hilight and shadow the base colors. I then used Vallejo and Reaper acrylics to create the camoflage patterns. 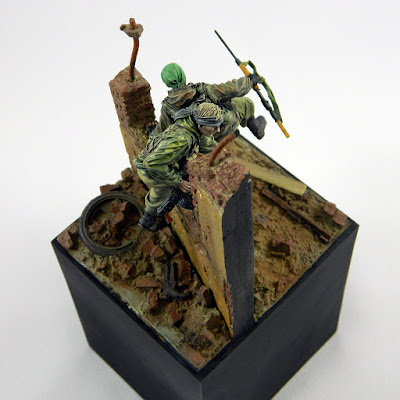 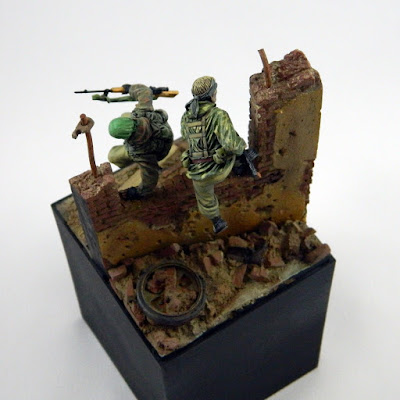 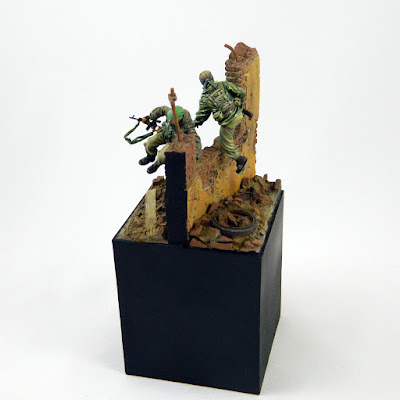 I added a few bricks and the steel re-enforcing bars to the base to give it a little extra detail. I used copper wire. 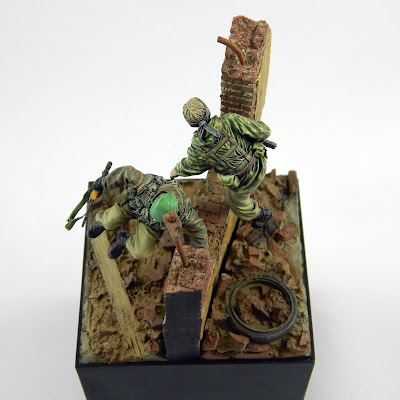 Thanks for looking!
Labels: 1/35, Figures, Vignettes, War in Chechnya