I just wanted to post an update on my current project, a BTR-60PU "R-145BM" command & communications vehicle from Trumpeter in 1/35th scale. It'll be depicting a (go figure) Soviet vehicle during the 1989 pullout from Afghanistan.


I bought this kit for two primary reasons: one, because the interior is crammed with detail; and two, because I liked the "clothesline" rail antennae that encircle the roof. Unfortunately, the two are not entirely compatible. The interior is accurate only for the PU-12 air defense version of the BTR-60, and the rail antennae are only found on the R-145BM version. Accuracy is important to me, but at a certain point I just said "screw it" and decided to build the R-145BM with the PU-12 interior. I do this for fun, after all. Despite being mostly hidden, I really do enjoy interior detailing, so I wasted a good deal of time adding wires and cables to all the little radios and computers that were remotely visible through the open hatches. I also threw in an crate of miscellaneous rubbish, a toolbox, spare helmet, and an AKs-74 for a more "lived-in" atmosphere. 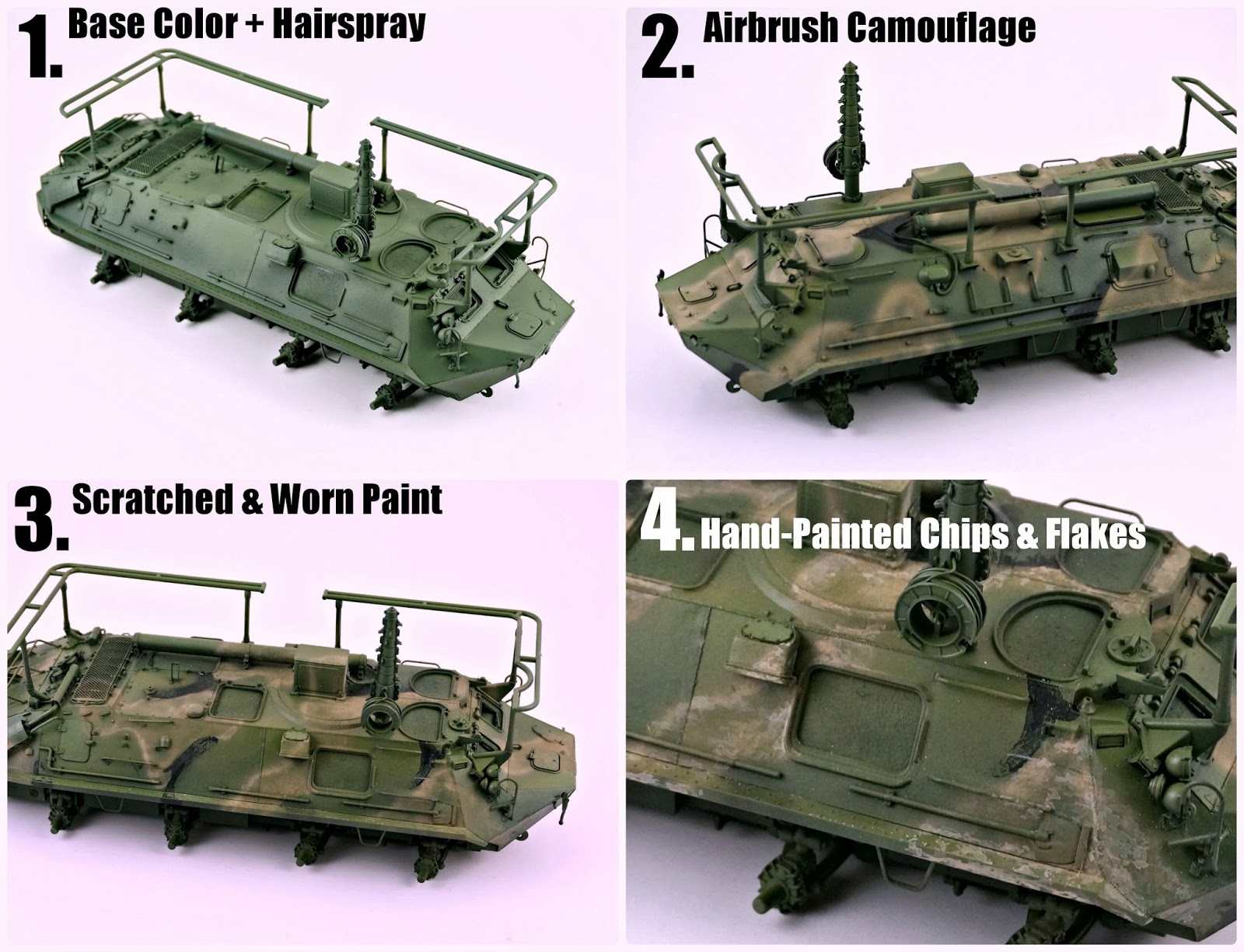 At the time of posting, I am finishing up the fourth stage as shown in the lovely graphic above. I am aiming for a very heavily worn appearance on the field-applied camouflage, as seen on many of the vehicles during the Soviet withdrawal. Trying to airbrush camouflage as if I was using a 1/35 scale can of spray paint was a frustrating challenge. The current appearance is a little bit too strong on contrast, but it will be much more mellow after further weathering.


I'll be adding little red pennants, a figure, and lots more weathering before I call this project finished. Thanks for looking, and stay tuned!