And now, for something completely different:

I never thought I would build an airliner model. To me, they are on the same level as car models: I can appreciate the effort and care that modelers put into them, but they hold so little interest that I don't give them much thought. However, I have always liked the looks of the Tu-134, mostly because of its glass nose, which is so unusual for a civilian aircraft. While browsing through some photos of it online, I came across a handful of cool abandoned jets decaying on a long-forgotten tarmac, and I was hooked.
So, without further ado, here is Zvezda's 1/144 scale Tu-134A airliner, built as an abandoned Soviet-era passenger jet. I used the resin upgrade set from Small Stuff to improve the engine detail and wheels, and placed the model on a display base that mimics an overgrown airfield. 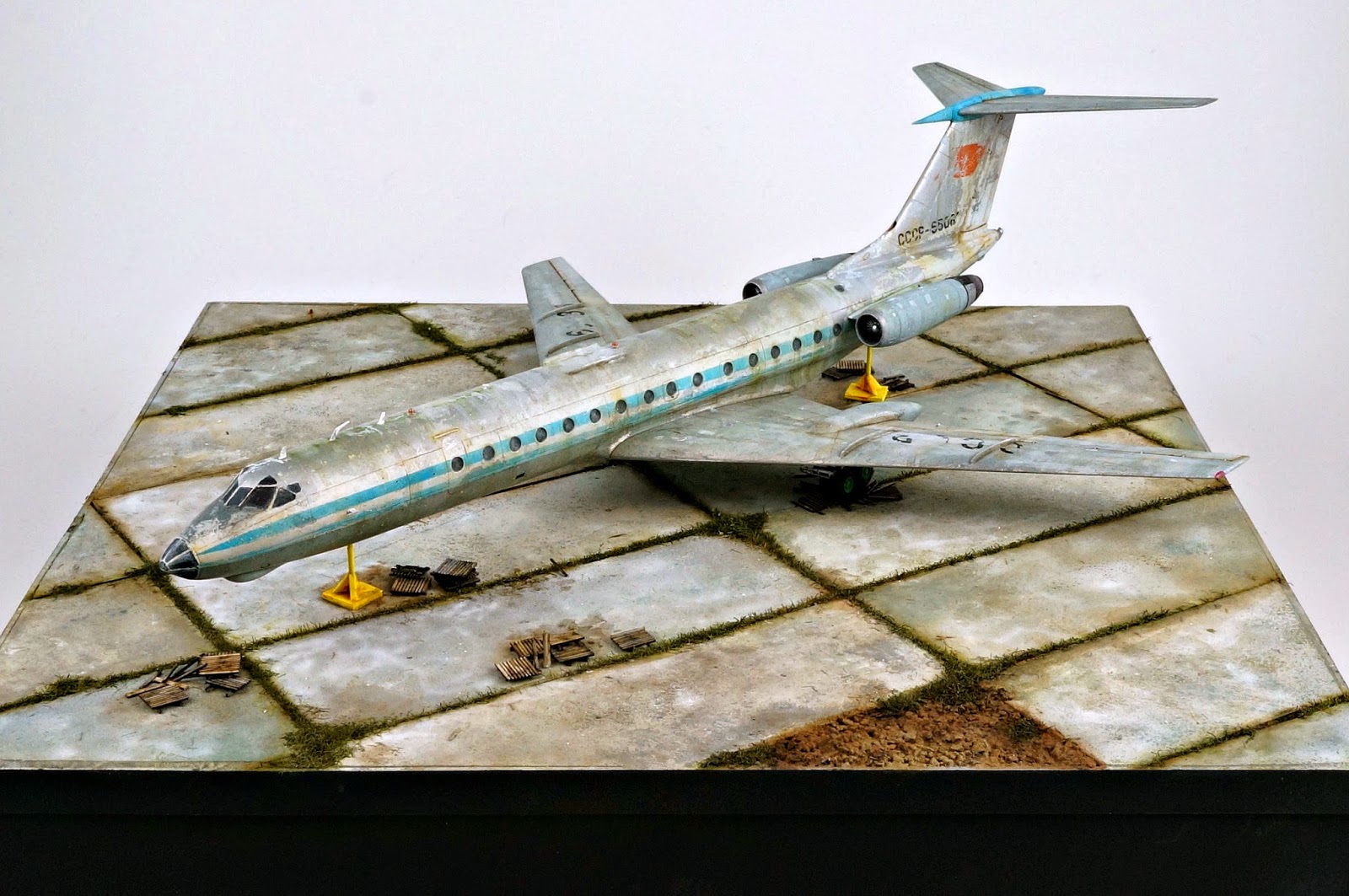 I built the kit without using the included passenger windows, instead opting to use Micro Krystal-Klear for this task. I used Alclad II's lacquer metal paints for the aluminum finish, the engine exhaust stains, and all other miscellaneous metallic details. 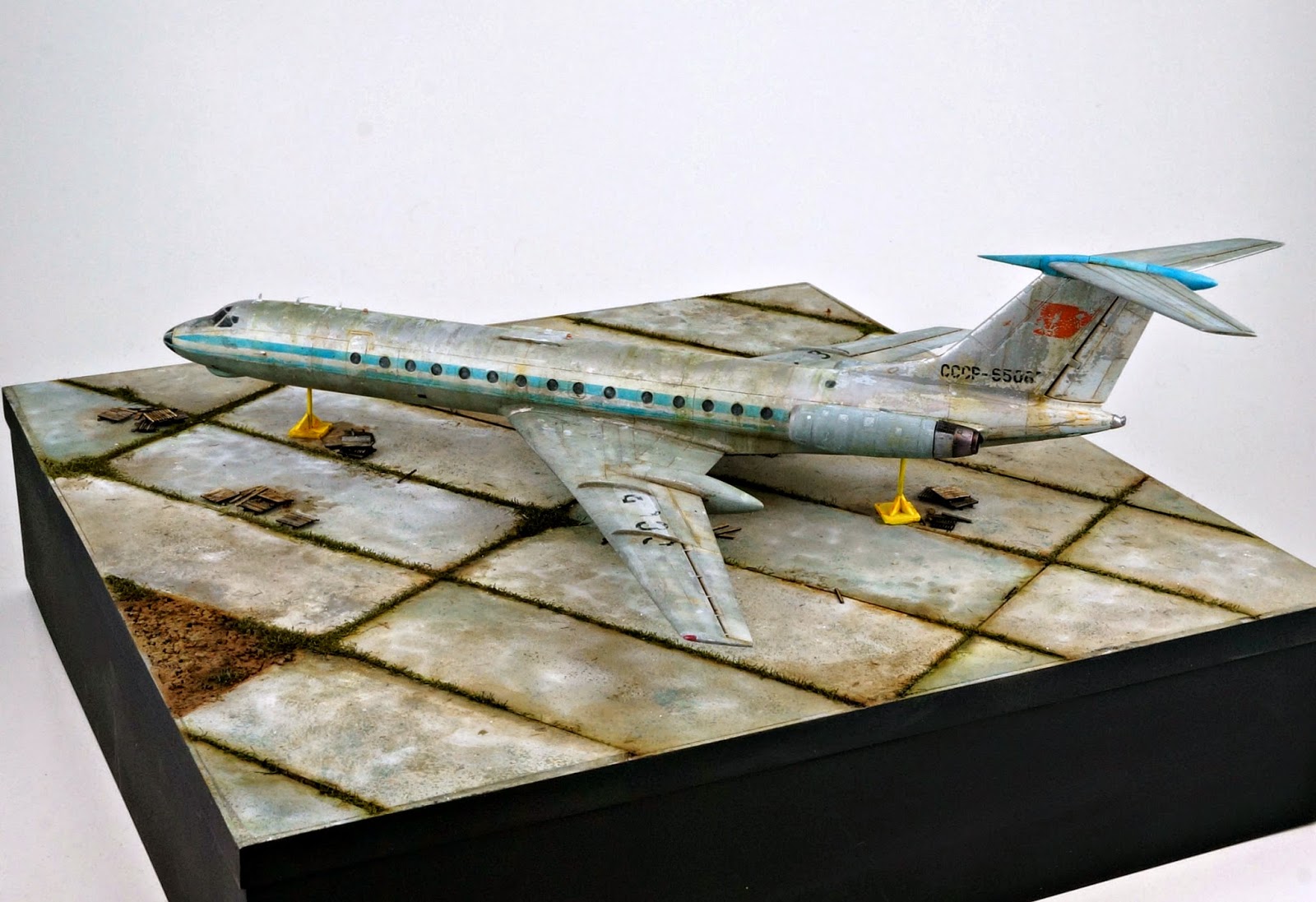 The airplane is supported by its rear landing gear and two jacks , which continue into the base and are anchored in solid resin blocks. I cut rectangles from different thicknesses of plastic sheet and glued them together to form a slightly uneven concrete airfield. A big thank-you goes out to my dad for gluing together the plastic sheets that make up the display base box! 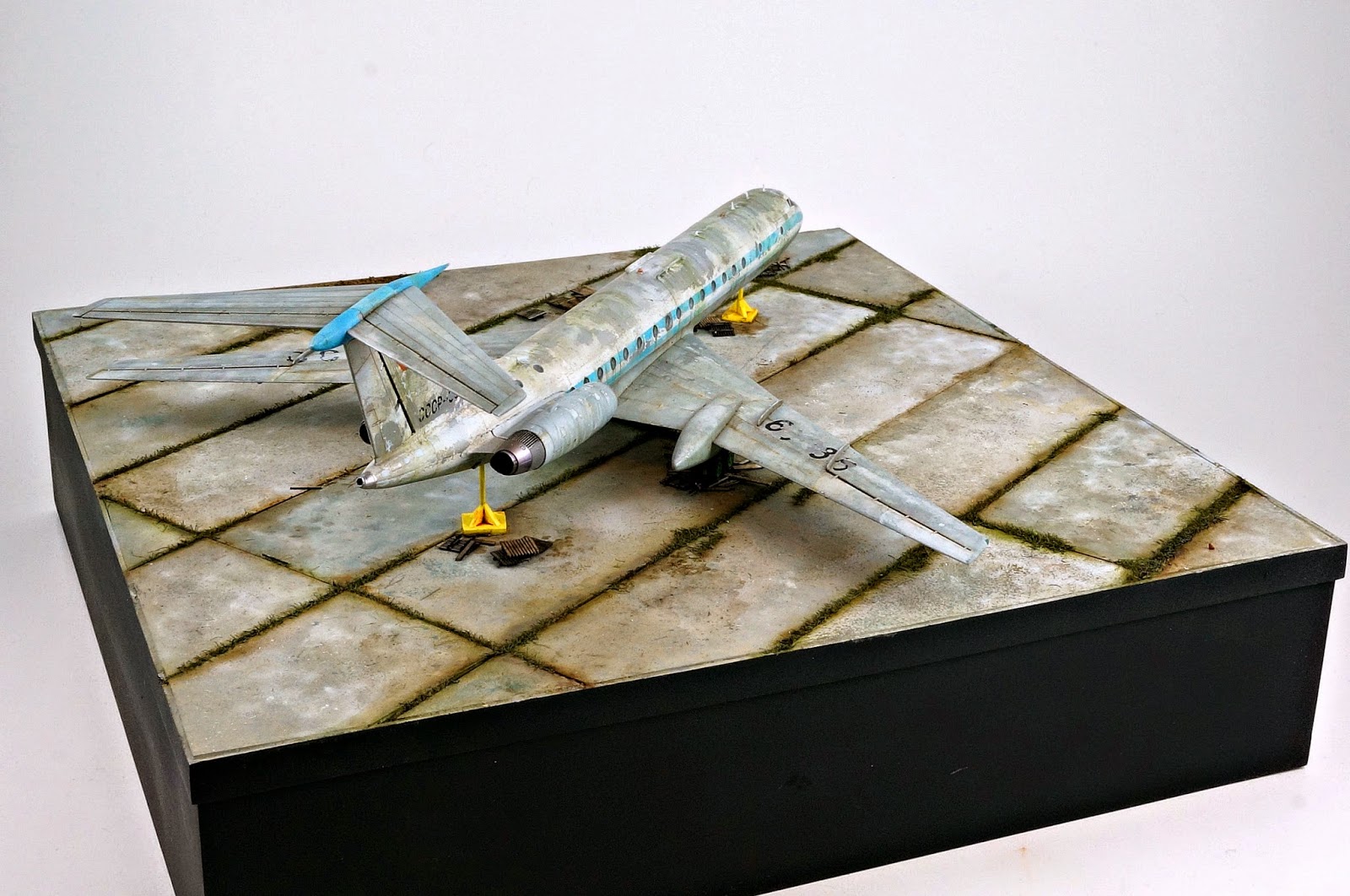 I used acrylic paints for all the paints (excluding the Alcald II metallics) and used an airbrush much more than I usually do. The mottled pattern on the concrete slabs is a combination of sponge-painted gray and tan paints, randomly-applied squiggles sprayed from an airbrush, and plenty of oil paint filters and washes. 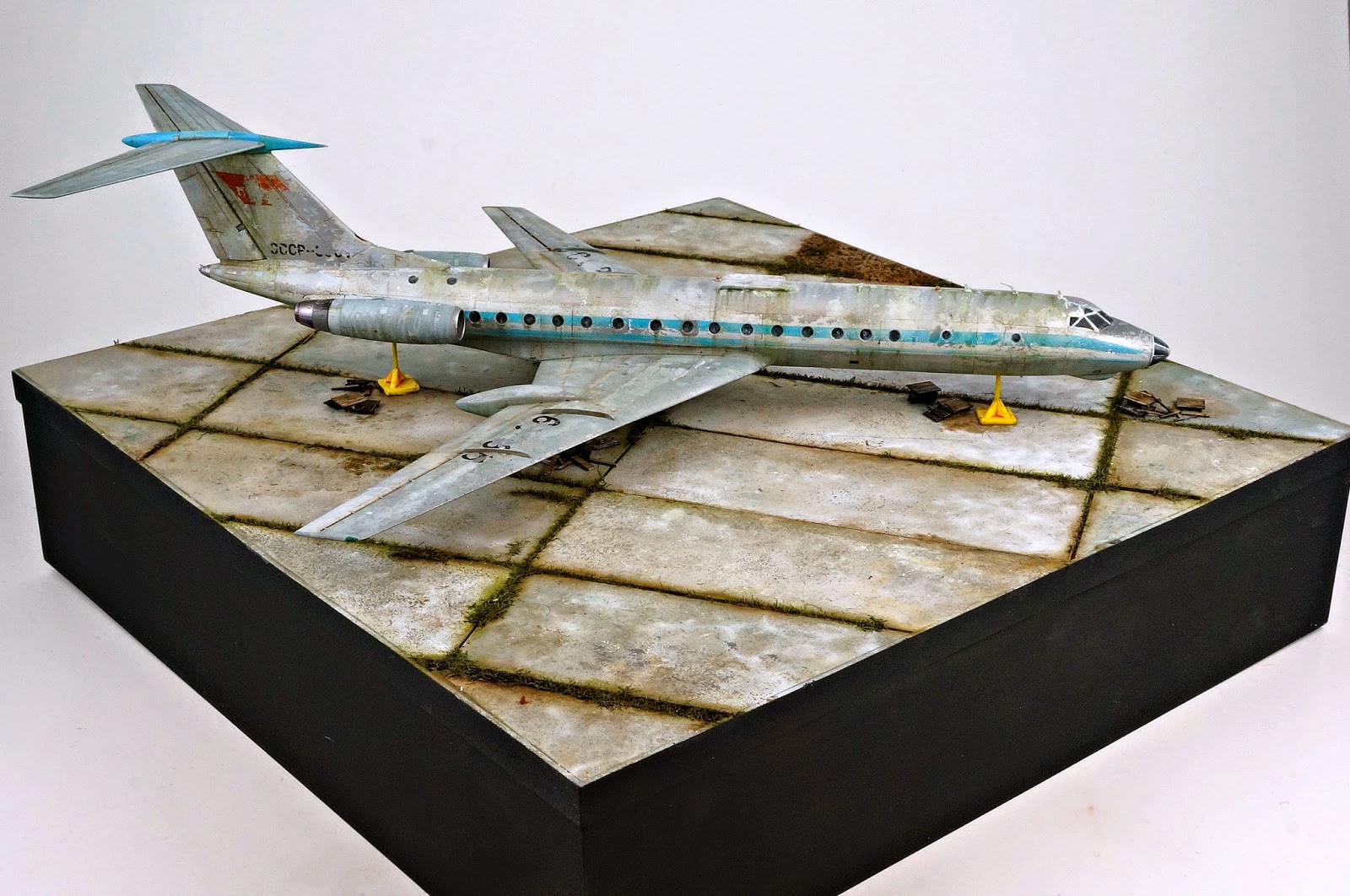 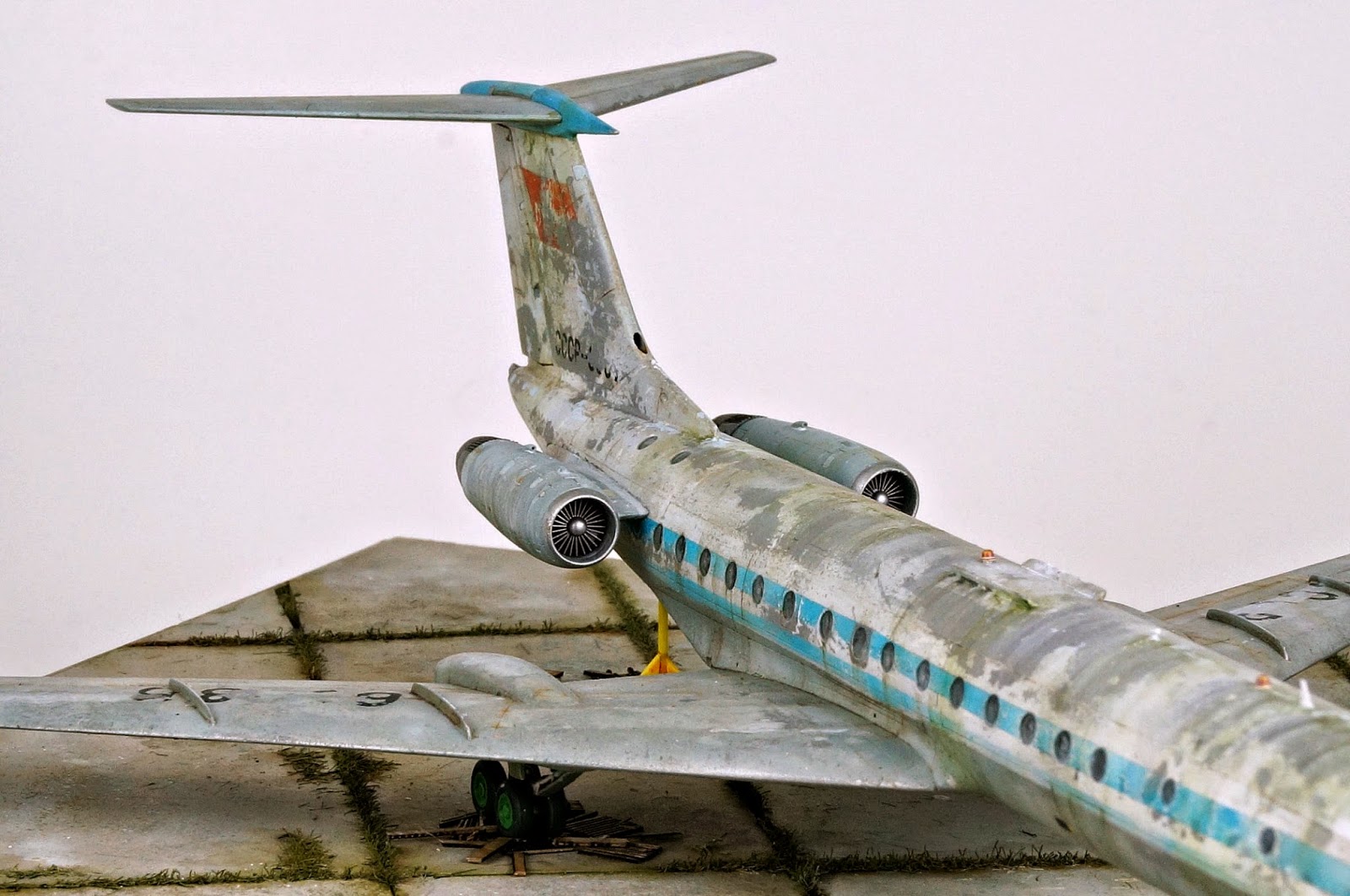 The Small Stuff resin engines are absolutely mind-blowing. They are a marvel of modern resin casting technology, and really have to be seen to be believed. I only used decals for the airplane's numbers. All other markings, including the Soviet-era flag livery and blue stripes, were painted on to facilitate more consistent weathering between the different colors. 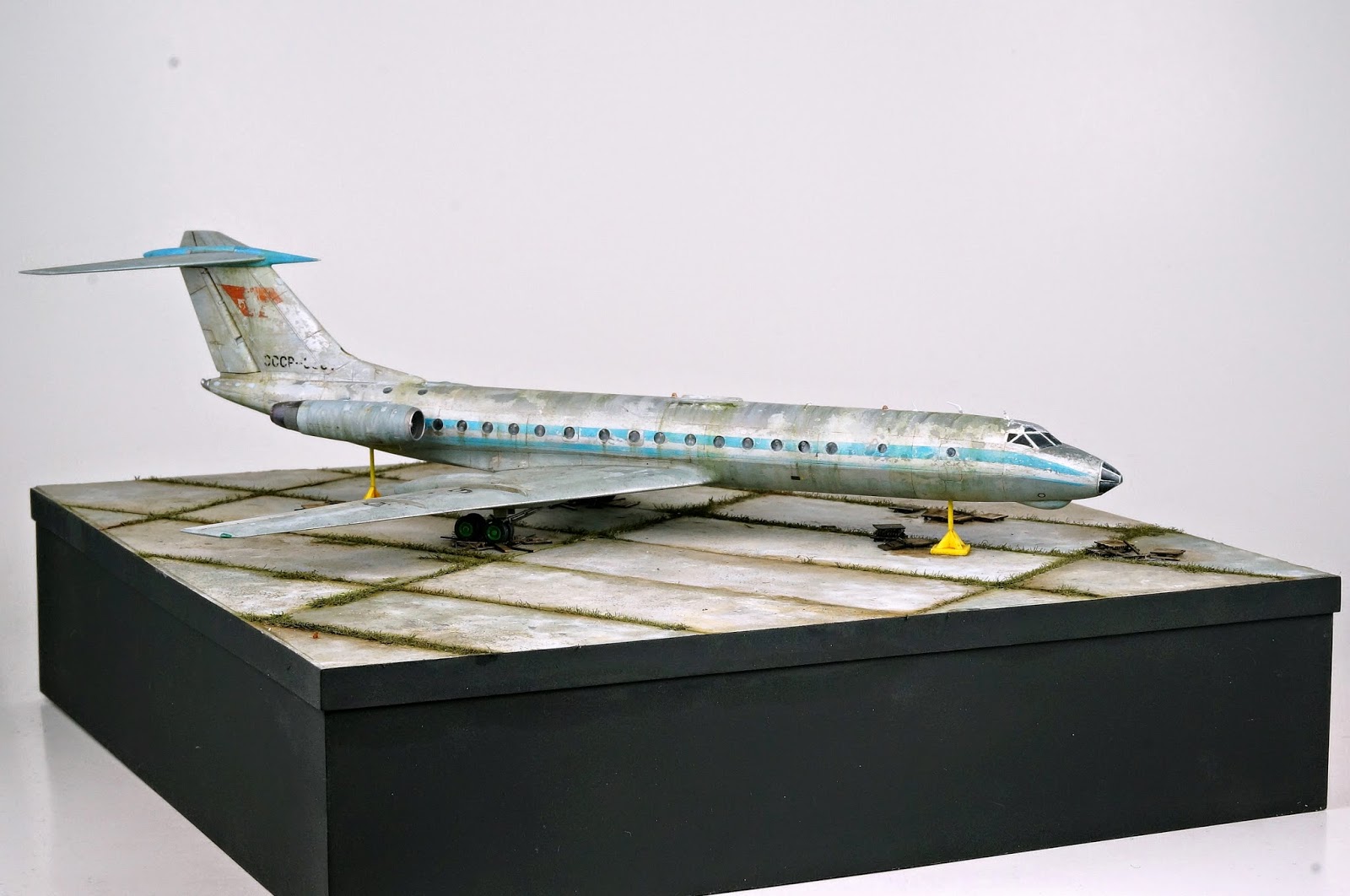 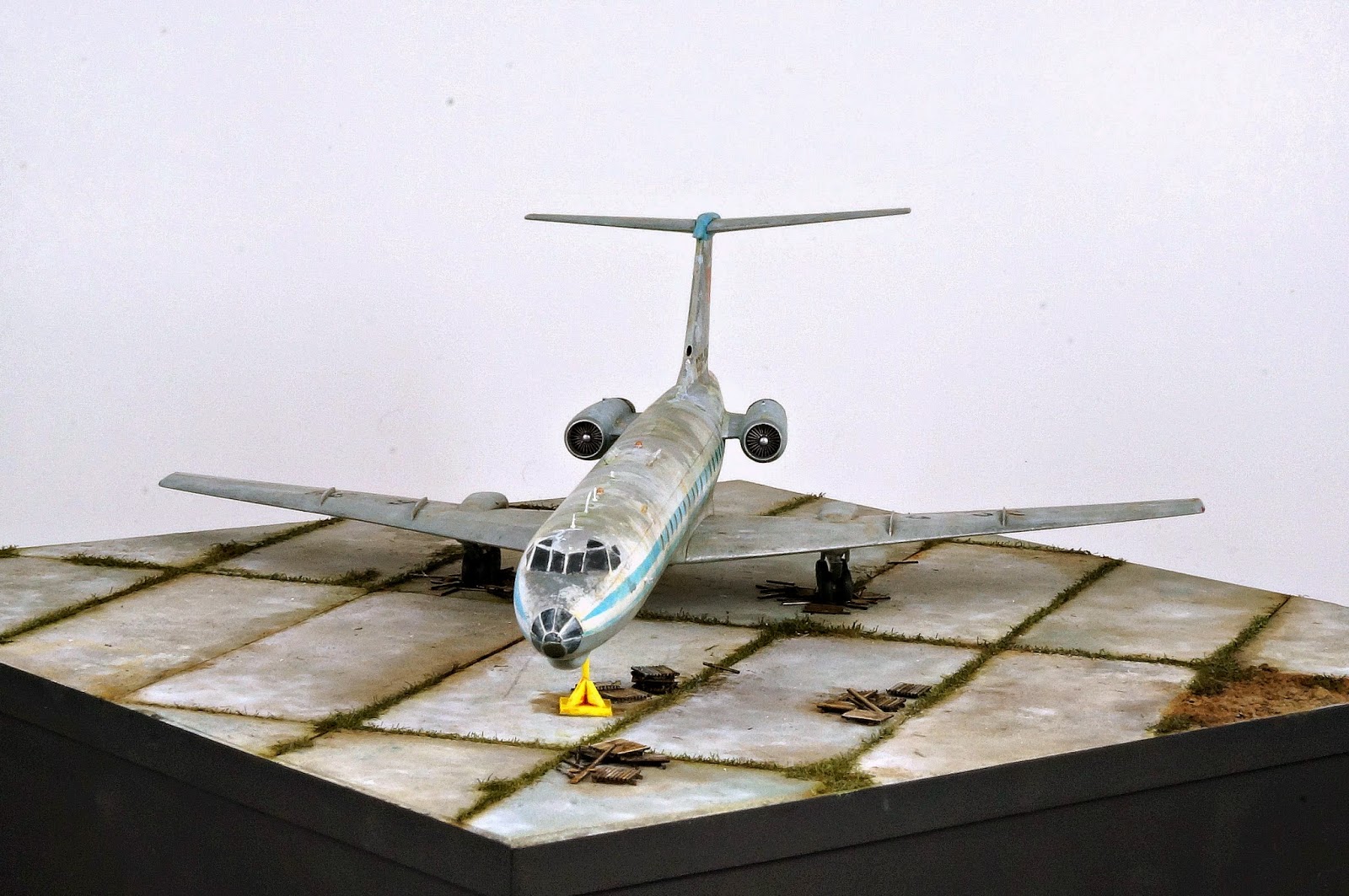 The most glaring issue I have with the completed model is the painted glass on the nose. In hindsight, it would have looked much better had I left them transparent. 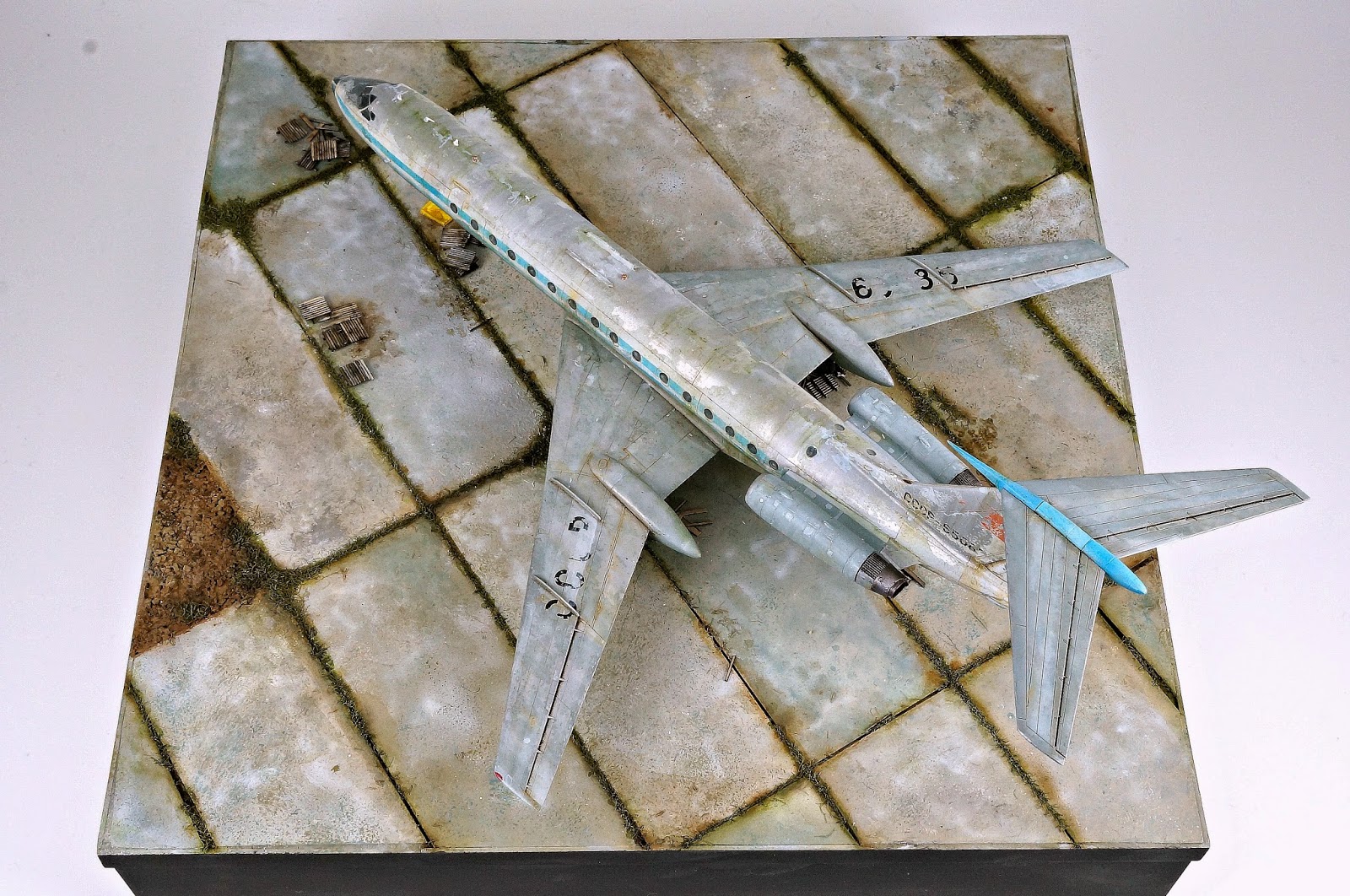 Laser-cut shipping pallets provided a finishing touch for this little scene. I found them in the N-Gauge section of the model trains section of the hobby store. They had to be assembled individually... never again!

Thanks for looking! All feedback is highly valued!