Here's my latest figure, a 54mm of Georgi Konstantinovich Zhukov, made by Pegaso Models. Marshall Zhukov was the top-ranking Soviet military commander at the end of the Great Patriotic War. He was a decisive leader in the battles of Khalkin Gol aka. Nomonhon (1938), Moscow (1941), Stalingrad (1942-43), Kursk (1943),  Leningrad (1944), and Berlin (1945). He is famous for having never lost a battle, and Stalin often called him "My Suvorov," in reference to Catherine the Great's undefeated generalissimo.This represents how he was dressed for the Victory Parade of 1945. 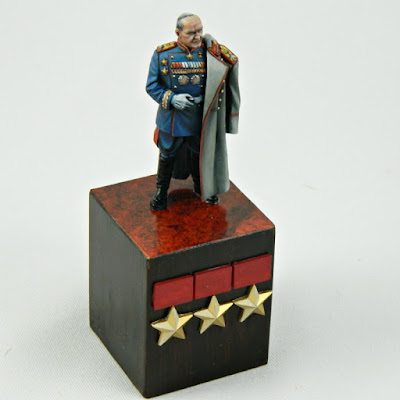 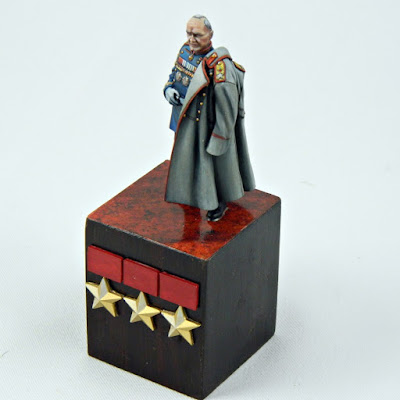 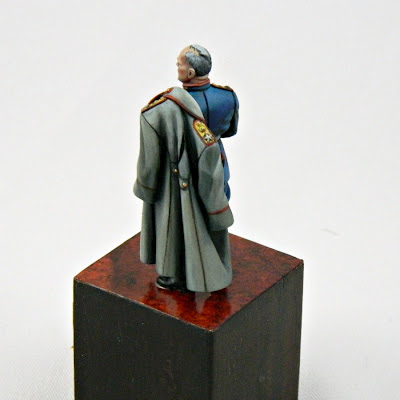 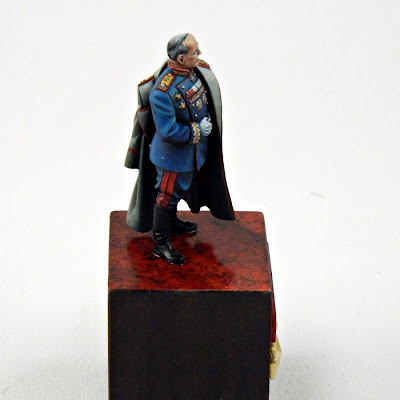 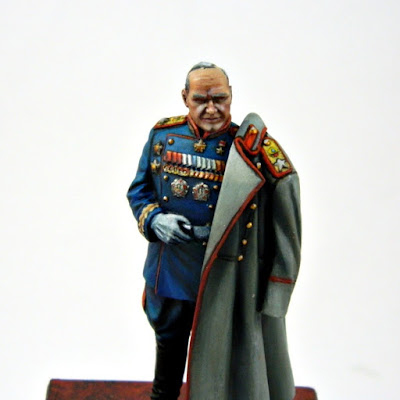 The figure was painted with oils over acrylics, starting from the inside outwards. This means I started with the innermost layer, the exposed skin, and then moved outward, with the blue uniform, then the trim, medals, and then the trenchcoat. The base was painted to look like the roof  of Lenin's mosoleum in Red Square.
Labels: Figures, Great Patriotic War